For a large portion of the population the REM stage of sleep is the deepest stage where most dreaming occurs. It is marked by rapid eye movements, which the name comes from. People transition in and out of this stage periodically throughout the night. The opposite is true for individuals with the REM sleep behavior disorder.

REM Behavior Disorder is classified as parasomnia, meaning that unintentional events occur while the individual is sleeping. They tend to have a very active dreaming stage, sometimes with physical movements such as hitting, kicking, and loud shouting. They may even propel themselves out of bed or wake a sleeping partner. On a positive note, however, this disorder is successfully treated.

There are three distinctly different phases of sleep: wakefulness, rapid eye movement sleep (sleep associated with dreaming), and nonREM sleep. REM Behavior Disorder is marked by the fact that the behavior only occurs during the REM phase. If you were to look at an electroencephalogram during this stage, the electrical activity going on in the person’s brain would look similarly to the electrical activity that occurs during walking. The difference between wakefulness and REM stages is that REM sleep is also associated with temporary muscle paralysis.

The result here is that characteristics from the wakefulness phase invade the second stage (REM sleep) causing a disruption. During REM sleep the body is temporarily immobilized, but may show small involuntary “muscle twitches”. This is normal. However, in a person with the disorder this muscle paralysis referred to as sleep atonia is missing and they are fully capable of movement. These movements may begin as twitching and progress to jerking and talking in their sleep. The RBD comes on slowly, so they may have these symptoms for years unnoticed until they become violent.

One of the hallmarks of this disorder is that people act out their dreams of running away from a monster or fighting an enemy while they sleep. They are not aware that they are dreaming and may start talking to someone in their dream or sleepwalk. This movement during sleep often wakes and scares a sleeping partner and some people have even been injured during these dream stages.

The cause of these symptoms is unknown, but researchers believe that a breakdown in the neurological barriers that separate the sleep stages may be to blame.

The symptoms of RBD

Someone experiencing episodes of RBD may do the following while sleeping:

Because the behavior of RBD sufferers is so extreme it generates concern from their sleeping partners. It should be a relief to know that despite the exhibited behavior this is a medical problem and not a mental disorder in the making.

If you have ever played an interactive game with a VR headset, this is what a sleeping person may look like to an observer. If they are dreaming that they are playing football, they may unexpectedly dive for the ball right off the end of the bed. RBD tends to occur about an hour and a half after falling asleep, but does not seem to occur during episodes of short napping. This behavior can be dangerous to a sleeping individual or their partners.

How common is the REM behavior disorder?

This disorder affects approximately a half to 1% of the general population and approximately 2% of older adults.  About 38% of patients with the RBD have or will develop neurological conditions such as multiple systems atrophy, Lewy body dementia, or Parkinson’s disease.

The history of RBD

RBD was first described in Principles and Practice of Sleep Medicine (W.B. Saunders Company, 2000) in 1985 by Drs. Schenck and Mahowald at the University of Minnesota. They studied several medical histories of individuals with this disorder who exhibited violent behaviors during sleep.

They performed physical and psychological evaluations on the 4 participants who turned out to have no neurological impairments and were known by everyone to be friendly and calm people during the day.

The scientists concluded that the disorder usually strikes people after the age of 50 and that more than 90% of RBD sufferers are men.

The causes of RBD

Animal research may have discovered a possible cause of this disorder. Cats who had lesions on the part of the brain stem that inhibits motor activity during REM sleep exhibited the same behavior as people with RBD. They displayed motor activity similar to wakefulness by arching their backs and hissing during sleep while their brain waves registered normal REM sleep.

Sleep science is still a relatively new field and we still don’t know all there is to know about sleep behavior. Animal research plays a vital role in REM sleep behaviors as it gives some insight into how the brain and neural connections work.

RBD may be confused for similar types of parasomnias, hence it is necessary to conduct a formal sleep study of monitoring muscle and brain activity during a single night in order to make an accurate diagnosis. The polysomnogram will surely reveal lack of sleep atonia (muscle paralysis) associated with RBD and rule out any other suspected causes of parasomnia.

Understandably, people with RBD are concerned about the possibility of developing Parkinson’s disease. It is a neurodegenerative condition that occurs when brain cells die in the region known as the substantia nigra.  These cells are responsible for producing dopamine - a neurotransmitter. This lack of dopamine may be responsible for clusters of proteins that form in this area of the brain and become toxic.

The symptoms of Parkinson’s disease are muscle stiffness, tremors, and problems with chewing, swallowing, and talking. The disease gets worse over time and affects an estimated 10 million people worldwide.

Since there currently is no cure for Parkinson’s disease there is no way to stop or slow down its progression in people who have it. It is possible to control its symptoms by medication.

Research is being done on dopamine levels and brain disorders to understand the connections and find a way to treat both. A medicine is being tested for use in treating Parkinson’s disease. It has had success in trials so far.

No genetic link has been found for RBD. There is no evidence that it is inherited or passed through the genes.

Other conditions linked to REM Behavior Disorder are:

How is the REM behavior disorder treated?

Clonazepam, a benzodiazepine, is used to treat the disorder in about 90% of cases. One advantage of using Clonazepam is that people don't usually develop tolerance to it. When it doesn't work, antidepressants or melatonin may be substituted to reduce violent behavior and motor stillness. In any case it's a good idea to remove any sharp or breakable objects and make the sleeping area as safe as possible.

It is important to seek treatment from a doctor if you suspect that you may have RBD. Medication can help to control symptoms as the movements involved in RBD may grow more violent over time.

RBD can be diagnosed with a sleep study and medical history. Factors that can make RBD worse are the use of alcohol, drugs, and certain medications.

The outcome of treatment will depend largely on the individual and whether they have an underlying neurological condition contributing to their symptoms.

RBD is the result of a neurological mechanism that does not fully turn on muscle paralysis (sleep atonia) during REM sleep. A person exhibiting symptoms of this disorder will act out the events in their dreams, sometimes punching, kicking, or yelling at people in sleep.

The disorder may get worse over time. The episodes may become violent to the point that the sufferers will hurt themselves or others. Evaluation by a qualified medical professional is needed for a diagnosis. Treatment includes lifestyle changes and medication to eliminate the possibility of injury during sleep.

The symptoms may be of concern to the individual and those around him, but the condition is manageable with medication and the outlook for the individual is good. 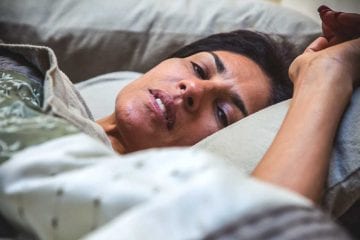 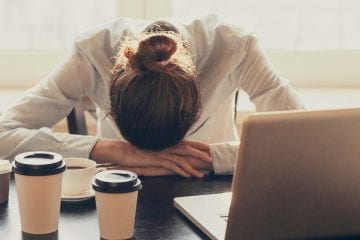