Link Between Oversleeping and Depression

You may be unaware that there are a number of issues associated with sleeping too much.

We are so used to hearing about people's problems with getting enough sleep that we often overlook the issues that people who oversleep have.

Oversleeping may seem like a nice problem to have, but it is actually far from that. Similar to not getting enough sleep, oversleeping is an indication that your sleep is disordered.

Oversleeping can often be connected to depression or other mental health problems. It can be a sign that a person's quality of sleep is poor and they may be suffering from a sleep disorder such as narcolepsy or sleep apnea.

Too much sleep can bring about the same health issues as not enough sleep. Obesity, heart disease, diabetes, disrupted metabolism, and cognitive issues are common health problems linked to oversleeping, as is a heightened risk of mortality.

There is plenty of conversation about the negative effects of lack of sleep on mental and physical health: relationships, mood, and overall performance. Oversleeping can also have just as harmful effects.

The clinical term for oversleeping is hypersomnia, classed as excessive sleeping or feelings of excessive sleepiness during the day. Similarly to insomnia, it presents several main symptoms:

Hypersomnia is not a one-off or infrequent occurrence of prolonged sleep. We all often need one of these sleeps to recharge. Hypersomnia is persistent and prolonged oversleeping, and not the norm.

How much sleep is oversleeping?

There is no set amount of sleep that applies to everyone. Sleeping patterns are individual, but there are certain factors that dictate how much sleep you need:

Having said all this, there is a recommended amount of sleep that adults should be getting every night - between 7 and 9 hours. You may be only need 6 to 6.5 hours and function fine. It is unlikely, however, that you will be at your best with only 5 hours or less sleep, and the same can be said for regularly getting more than 9 hours of sleep per night.

If the latter is the case and you are still feeling tired during the day, it is a sign that you are oversleeping. Now might be the time to look at what might be causing it.

Oversleeping can be an indication of depression, particularly among teenagers and younger adults. Judging a teenager's sleep can be difficult as they tend to have different sleep patterns from adults. However, sleeping to excess or feelings of excessive sleepiness can be a cause for concern in teenagers. Around 40% of adults under 30 who have depression have also experienced hypersomnia.

Oversleeping is a problem not just among depressed teenagers and young adults. It is also common for adults to have hypersomnia linked to depression. Women have an increased likelihood of oversleeping and feeling tired throughout the day if they are suffering from depression.

The study also showed some other shared characteristics in this group of people. Those with depression who demonstrated simultaneous insomnia and hypersomnia:

More recent research has discovered that less than a third of people diagnosed with depression had insomnia and hypersomnia concurrently. It also found that these people were two to three-times more likely to develop bipolar disorder.

The close connections between depression, sleep, and the circadian rhythms make it reasonable to assume that more extreme forms of depression could be linked to sleeping issues.

What causes these relationships and their actual effects remains unclear. For instance, there is uncertainty about whether hypersomnia is a cause or an effect of depression or a bit of both. What is known is that there is high probability of them occurring concurrently.

Oversleeping as a symptom of a sleep disorder

Having a sleep disorder will not simply make it harder for you to get enough sleep, it will reduce the quality of the sleep you do manage to get. Lack of quality and quantity of sleep can also be the cause of oversleeping and excessive sleepiness.

Being deprived of sleep due to whichever cause can result in excessive daytime sleepiness and lead to oversleeping becoming the norm, as your body will want to compensate. However, there are a few sleep disorders that hypersomnia is particularly linked to:

Narcolepsy. This is a form of hypersomnia that affects your brain's ability to control sleeping and waking cycles. People who have narcolepsy feel excessively tired during the day and often experience strong urges for daytime sleep. Along with this they will probably have insomnia at night. As their sleep gets disrupted, it is of poor quality, fueling their need for sleep during the day.

Restless Leg Syndrome (RLS). This sleep disorder gives people a tingling, twitching, or creepy-crawly feelings in the legs. These feelings are uncomfortable and bring about a need to move the legs, often suddenly and urgently. RLS is experienced mostly when lying still, and at night. RLS sufferers routinely experience symptoms of insomnia, as the sensations in their legs make sleeping and getting to sleep difficult. So people with RLS often get excessive daytime sleepiness and may oversleep as they are missing out on quality sleep during the night.

Sleep apnea. Sleep apnea affects a person's breathing while they sleep. It causes the airway to become  partially or completely blocked for a brief period. This can happen repeatedly during the night causing the person to wake up frequently, hence disrupt their sleep. The sleeper might not even be aware of having these episodes, but the quality of their sleep will be strongly affected. Sleep apnea can have implications including increased risk of stroke, diabetes, and cardiovascular diseases. As their sleep is so disrupted, sufferers of sleep apnea may oversleep during the day to compensate.

Other causes of oversleeping include:

Substance use disorders. Using drugs or consuming alcohol can cause disruption of the circadian rhythms and lead to a decline in the quality of sleep. A pattern of oversleeping and excessive tiredness during the day can result.

Medical conditions. There are many health conditions that can bring on oversleeping and excessive daytime sleepiness. They include:

Genetics. There are some disorders of a person's genes or genetic predispositions that can cause hypersomnia. People from a family with a history of hypersomnia are more likely to experience it.

There are certain medications that can cause hypersomnia, including:

If you are oversleeping or routinely feeling excessively tired during the day, it is important to speak to your doctor about it. If you experience any significant changes in your sleeping patterns or the amount of sleep you need, you should also seek medical advice.

Once you and your doctor have identified the cause of your oversleeping, you can work together to deal with both the cause and the symptoms.

Limiting the amount of alcohol you drink is one way to improve the quality of your sleep. Excessive drinking too often and just before sleep will tip your circadian rhythms off balance and prevent you from getting quality sleep. This can lead to oversleeping.

Avoid depriving yourself of sleep and building up a sleep deficit. Your body will eventually find a way to reduce this deficit and that could be through oversleeping. Having either irregular sleep pattern is bad for your physical and mental health.

Having a consistent sleep pattern is one of the most important factors to ensure a good night's sleep. Once you know how much sleep you need, you can set up a schedule that enables you to get that amount.

Doing this may take some testing and adjusting to get it right. Use the guidelines above and pay close attention to how your sleep is affected. Hopefully you will soon have a comfortable, restful, and refreshing sleep pattern. 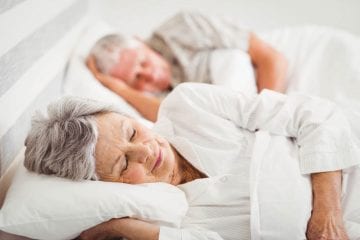